Natural Resources and Other Facts of Indian Economy part 10

(a) 'gross domestic ratio' which is a macro aggregate
(b) 'global depository receipt' which is the mechanism to raise funds from international
market
(c) 'global development range' which has been set up by UNO for developing countries
(d) 'geographically developed regions' as defined by the UNDP
Ans: (b)
5. The Green Revolution has led to :
1. spurt in all foodgrains production
2. increase in regional inequalities
3. reduction in inter-personal inequalities within a region
4. good production in wheat
(a) 1 and 3
(b) 1, 2 and 3
(c) 2, 3 and 4
(d) 2 and 4
Ans: (d)
6. The success of the Green Revolution does not require:
(a) adequate irrigation facilities
(b) availability of high yielding seeds
(c) pesticides and chemical fertilizers
(d) large scale mechanization
Ans: (d)
7. NAFED is concerned with:
1. promotion of inter-state and export trade of farm produce
2. import of foodgrains for buffer stocking and public distribution
3. marketing of eggs and poultry' at national level
4. movement of consumer goods from surplus areas to scarcity areas
(a) 1 and 2
(b) 1, 2 and 3
(c) 3 and 4
(d) 1, 3 and 4
Ans: (d)
8. The 'Year of Great Divide' refers to:
(a) rapid growth rate in population after 1921
(b) the declining sex ratio after 1921
(c) the slow-down in death rate after 1921
(d) all the above
Ans: (a)

(5) France
Ans: (3)
18. Which of the following is NOT a programme / agency of the Union Ministry of Finance?
[Punjab & Sindh Bank 2011]
(1) Investor Education and Protection Fund (IEPF)
(2) National Foundation for Corporate Governance (NFCG)
(3) Serious Frauds Investigation Office (SFIO)
(4) Investment Commission
(5) Central Rural Sanitation programme
Ans: (1)
19. Labour legislations in India have an important dimension of protection of women from
exploitation. Some special provisions are made for women in the work place. Which of
the following is NOT one such special provision? [Punjab & Sindh Bank 2011]
(1) Equal pay for work of equal value
(2) Maternity protection
(3) Creche facility at the work place for infants
(4) No night shifts
(5) Cooked meals during day shifts to be provided by the employer
Ans: (1)
20. Many a times we read about the priority sector in newspapers. Which of the following
is/are considered segment(s) of Priority Sector in India? [Punjab & Sindh Bank 2011]
(A) Agriculture
(B) Small Scale Industry
(C) Textile Industry
(1) Only A
(2) Only B
(3) Only C
(4) All A, B & C
(5) None of these
Ans: (4)
21. Ever greening of patents is done by [CDS 2011]
(a) citing another use of the same product
(b) citing another process of forming the same product
(c) applying for extension of patent term
(d) citing another product with same use
Ans: (c)
22. In which one of the following activities percentage share of cooperative sector is the
highest? [Corporation Bank PO 2011]

Ans: (a)
27. The main source of fund for the National Highway Authority of India is [UP PCS 2011]
(a) Cess
(b) Foreign assistance
(c) Market borrowings
(d) Budgetary support Government of Union
Ans: (a)
28. More than one-third of the crude steel production of the world comes from [UP PCS
2011]
(a) China
(b) Japan
(c) Russia
(d) U.S.A.
Ans: (a)
29. Which of the following is wrongly matched?
(a) National Institute of Animal Genetics – Karnal
(b) Indian Institute of Sugarcane Research – Lucknow
(c) Central Institute of Coastal Engineering for Fisheries – Bangalore
(d) Central Duck Breeding Farm – Chikmagalur
Ans: (d)
30. Why is agricultural productivity in India low both on the basis of per worker and per
hectare of land?
1. pressure of population on land
2. large landholdings in few hands
3. high capital base
4. dominance of subsistence farming
(a) 1, 2 and 3
(b) 2, 3 and 4
(c) 1, 3 and 4
(d) 1 and 4
Ans: (c)
31. Which of the following statements regarding Indian agriculture is correct?
(a) It contributes nearly 25 per cent of the GDP
(b) India has the least area in the world under pulse crops
(c) The share of foodgrains in gross cropped area has increased since independence
(d) Agriculture accounts for twenty per cent of India's exports
Ans: (a)

32. Agricultural marketing in India has certain defects which do not include:
(a) inadequate transport facilities
(b) lack of standard measures and weights
(c) agricultural produce not being properly graded
(d) insufficient price incentives by the government
Ans: (d)
33. The area under cultivation is declining fast in the case of:
(a) cotton
(b) sugarcane
(c) jute
(d) tea
Ans: (c)
34. Match the following: [CDS 1997]
Organisation Functions
A. Central Statistical Organisation 1. Decentralisation of planning
B. National Development Council 2. Computation of National Income
C. Planning Boards 3. Finalisation of Five-Year Plans
D. Reserve Bank of 4. Credit creation India
5. Budgetary deficit
A B C D
(a) 1 2 3 4
(b) 1 2 3 5
(c) 2 3 1 5
(d) 2 3 1 4
Ans: (d)
35. The book Wealth of Nations' was written by:
(a) Eric Roll
(b) J.M. Keynes
(c) Adam Smith
(d) Harold Laski
Ans: (c)
36. Gadgil Formula refers to the allocation of:
(a) market borrowings between the States
(b) Central Plan assistance between the States
(c) tax proceeds between the States

Ans: (d)
43. Which of the following statements are correct?
1. Aircrafts of Air India plying between Sri Lanka and Bangladesh are a part' of domestic
territory of India
2. Premises of the German embassy in Pakistan is international territory
3. A Japanese working for the WHO office located at New Delhi is a normal resident of
Japan
4. An American teacher employed in the American School in India for three years is a
normal resident of India
(a) 1 and 2
(b) 3 and 4
(c) 1 and 3
(d) 2 and 4
Ans: (c)
44. Which one of the following categories of workers is termed as cultivators? [CPO SI
2010]
(a) Those who own land and cultivate
(b) Those who lease in land and cultivate
(c) Those who cultivate the land of others
(d) Those who own land and lease in from others or institutions and cultivate
Ans: (c)
45. Microfinance is the provision of financial services to people of low-income groups. This
includes both the consumers and the self-employed. The service/services rendered
under micro-finance is/are:
1. Credit facilities
2. Savings facilities
3. Insurance facilities
4. Fund Transfer facilities
Select the correct answer using the codes given below the lists: [CSAT 2011]
(a) 1 only
(b) 1 and 4 only
(c) 2 and 3 only
(d) 1, 2, 3 and 4
Ans: (d)
46. India is regarded as a country with "Demographic Dividend". This is due to [CSAT
2011]
(a) Its high population in the age group below 15 years
(b) Its high population in the age group of 15-64 years

Ans: (c)
58. Buffer stocks of foodgrains have helped the Government to achieve all but one of the
following:
(a) solve food problem
(b) maintain Public Distribution System
(c) implement employment generation programmes
(d) provide balanced diet to masses
Ans: (d)
59. Consider the following statements: [IAS 2004]
1. Regarding the procurement of foodgrains, Government of India follows a procurement
target rather than an open-ended procurement policy
2. Government of India announces minimum support price only for cereals
3. For distribution under Targeted Public Distribution System (TPDS)wheat and rice are
issued by the Government of India at uniform central issue prices to the States/Union
Territories
Which of the statements given above is/are correct?
(a) 1and 2
(b) 2 only
(c) 1and 3
(d) 3 only
Ans: (d)
60. Consider the following statements : [IAS 2004]
India continues to be dependent on imports to meet the requirement of oilseeds in the country
because:
1. farmers prefer to grow food grains with highly remunerative support prices
2. most of the cultivation of oilseed crops continues to be dependent on rainfall
3. oils from the seeds of tree origin and rice bran have remained unexploited
4. it is far cheaper to import oilseeds than to cultivate the oilseed crops
Which of the statements given above are correct?
(a) 1 and 2
(b) 1, 2 and 3
(c) 3 and 4
(d) 1, 2, 3 and 4
Ans: (b)
61. India is said to be in the second stage of the demographic transition because:
(a) both birth and death rates are high


(b) birth rate is high but -death rate is declining due to improvement in healthy services
(c) death rates and birth rates are declining sharply
(d) none of the above
Ans: (b)
62. Which arrangement of the following would show the correct sequence of demographic
transition as typically associated with economic development?
1. high birth rate with high death rate
2. birth rate with low death rate
3. high birth rate with low death rate
(a) 1, 2, 3
(b) 1, 3, 2
(c) 3, 1, 2
(d) 2, 1, 3
Ans: (b)
63. Which of the following statements regarding wheat production is/a reincorrect?
1. Maximum area under wheat is in Uttar Pradesh
2. Maximum production is in Uttar Pradesh
3. Highest productivity is from Haryana
(a) 1 and 3
(b) 2 only
(c) 1 and 2
(d) 3 only
Ans: (d)
64. The 'Uruguay Round' negotiations resulted in the establishment of: [Asstt Comm 2008]
(a) NATO
(b) OECD
(c) WHO
(d) WTO
Ans: (d)
65. India is a member of which of the following?
1. Asian Development Bank
2. Asia-Pacific Economic Cooperation
3. Colombo Plan
4. Organization for Economic
Cooperation and Development (OECD) Select the correct answer using the code given below:
[IAS 2008]
(a) 1 and 3 only
(b) 2 and 4 only

(2) Milk
(3) Pulses
(4) Natural gas
(5) All of these
Ans: (2)
71. What does S & P 500 relate to? [IAS 2008]
(a) Supercomputer
(b) A new technique in e-business
(c) A new technique in bridge building
(d) An index of stocks of large companies
Ans: (d)
72. Which one amongst the following has the largest livestock population in the world? [IAS
2008]
(a) Brazil
(b) China
(c) India
(d) USA
Ans: (c)
73. Basel II relates to which one of the following? [IAS 2007]
(a) International standards for safety in civil aviation
(b) Measures against cyber crimes
(c) Measures against drug abuse by sportspersons
(d) International standards for measuring the adequacy of a bank's capital
Ans: (d)
74. Tarapore Committee was associated with which one of the following? [IAS 2007]
(a) Special Economic Zones
(b) Fuller capital account convertibility
(c) Foreign exchange reserves
(d) Effect of oil-prices on the Indian economy
Ans: (b)
75. A National Development Fund was created by the Govt. of India a few years ago. What
was the purpose of the fund? [Punjab & Sindh Bank 2011]
(A) Boost investment in· social sector projects to promote education, healthcare and
employment.
(B) Capital investments in selected profitable PSEs to yield adequate returns
(C) To fund revision in pay structure of central Govt. employees.
(1) Only A
(2) Only B 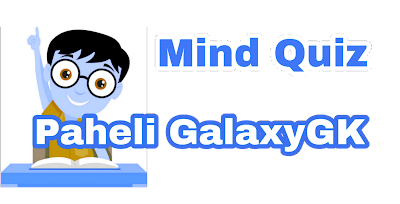 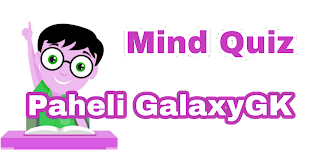 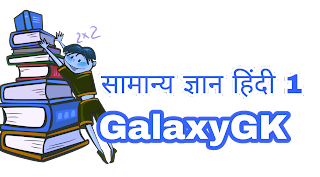